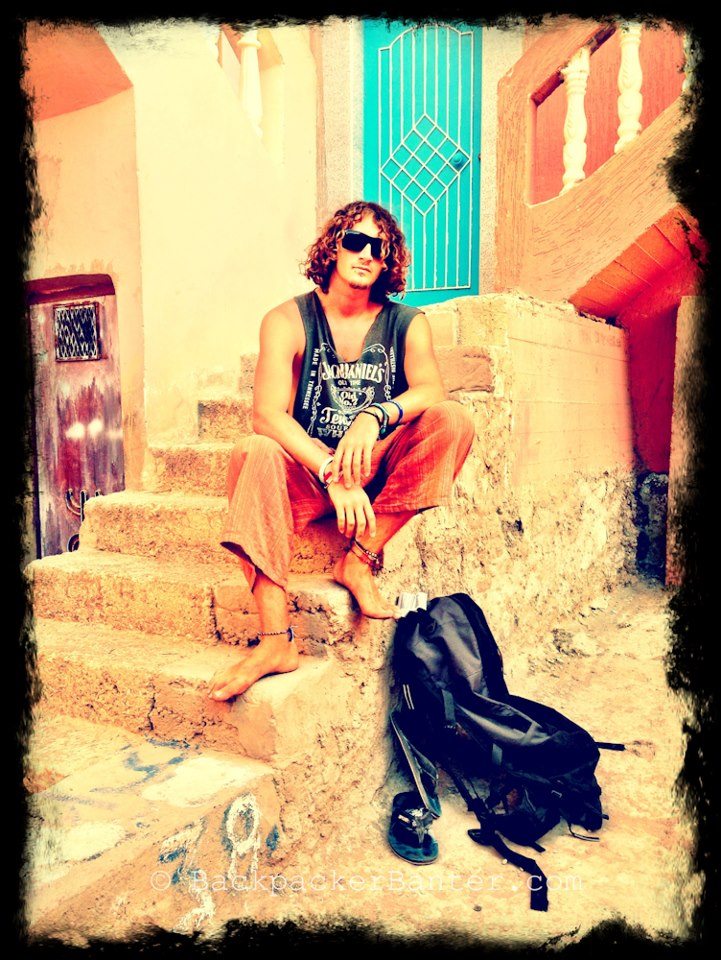 Alot of my buddies have been saying they’re jealous of my lifestyle lately – and I didn’t understand why…because in my mind anyone who wants to head out and travel the world can, it’s simply a case of concentration and motivation. I was still intrigued though so I started asking them why they didn’t simply just go and do it – what was stopping them and what their fears were.

I was pretty surprised with their responses actually and it’s made me think – do people really put these simply obstacles between them and exploring this beautiful world they live in?!

It’s like there are these myths of backpacking, which to someone who lives on the road sees as stupid, but those thinking about it view as genuine reasons not to travel. So here’s what I’ve found to be 10 Myths Of Backpacking – and why they’re complete rubbish…

1) You won’t meet other backpackers

This is one of the first things everyone asks me about travel…will I meet people?! My personal response is always “unless you’re socially retarded you’ll be fine”

I’ve travelled solo for the last 2 years and I’m only ever truly on my own for a few hours at a time,miss so easy to meet people in the backpacker bubble, you’ve just got to be open to it!

I’m useless with languages. I’ve tried and failed to learn Spanish and I’m struggling heaps trying to learn German – year I’ve manage to successfully travel the world without too much hassle. As bad as it sounds if you speak English you’re pretty set as most people know the basics worldwide. Even still I’ll always make the effort to learn a few phrases, especially hello and thank you.

Yes travel can be pretty pricey, but it depends where you want to head off too. If your low on cash south east Asia will give you way more bang for your buck than say America or Europe. The first thing your learn as a backpacker is how to budget – once you’ve mastered that you’ll find that you’ll be able to survive anywhere in the world!

People who say they can’t save are lying! If you really want that trip of the lifetime you’ll find a way, it just might not happen as quickly as you’d hoped. Break it down, set yourself targets and put together a solid budget…and then stick to it. I’ve know backpackers like Toni from Reclaiming My Future who’ve gone from over £7.5k in debt to saving £10k in under two years!

Fair enough I’m a fairly tall male which has probably reduced my risk of getting into trouble on the road but everywhere I’ve travelled I’ve felt pretty safe. And I’ve met heaps of lone female travellers everywhere who have said the same.

A long as you’re sensible, do your research and don’t put yourself into stupid situations you should be fine – you’re just as likely to get mugged in the streets of London as Bangkok!

One of the biggest realisations I came upon when I returned from my first backpacking adventure in Australia is that no matter how long you’re away for, no matter how much you change and how many amazing things you experience along your joinery – you’ll return home and hardly anything will have changed.

It’s like the whole world is put on hold while you travel – people are still in the same jobs, relationships and ruts you left them in!

I wrote a post a while back about how I recommend a gap year over university. Depending on what you want to achieve in life I think these days Uni is totally over rated and over priced. I’ve learnt far more as a traveller and gained far more skills than I ever did in university.

As I’ve already said I’ve leant heaps on my travels and most importantly these have been “real life skills” not simply learning to pass tests! Employers are valuing gap years more and more on a CV and rightly so – you learn to budget, overcome problems, interact with all nationalities and religions and be independent – if your employer can’t see the gains in that then do you really want to work for them?!

Much like budgeting planning a gap year is a marathon not a race, it’s not going to simply be presented on your lap (unless of course you like taking tours, which personally I don’t). You need to take you time and approach it logically – make a list of all the places you want to visit, get some brochures, look at some blogs, at to a range of travel agents and fit everything into your budget. You don’t need everything planned for every day, just an outline and some ideas.

10) It’s only for young people

Whilst on the road I’ve travelled with and hung out with a huge age range of people. From 18 year old “gap yahs” through to 65 year old retirees finally hitting the road.

In the backpacker bubble I feel age is irrelevant, it’s merely a mindset. If you can have an engaging conversation, party or explore with someone who cares how old they are?!

Are you thinking about travelling the world? Anything that’s stopping you or making you nervous?